An interview with Trel Itz a Hit, one of the most important producers of the new generation in Louisianna.

Since 2011, Str8 Up Ent, video media platform, wants to highlight the production of Baton Rouge and New Orleans. If artists such as Maine Musik, TEC or NBA YoungBoy start to be established in the musical business ; 70Street Carlos, WNC Whop Bezzy, Muzik Larry Jungle, Almighty Que and others, are backed by productivity from ItzAHitStudios.

There’s not a month without the drums of the prolific producer of Louisiana. In the pure tradition inherited from founding fathers such as Mannie Fresh and KLC, Trel ItzaHit excels in the art of reinventing the past and building a certain future for the young scene.

He gets inspiration in the brass and their resonances the spirit of brass bands, carnival, blues, second lines. Added to the electricity of bounce music, and muffled sounds, as if taking the head out of the water of the bayou, it gives you an idea of the atmosphere created by Trel.

About the past, present and future of Louisiana’s capital city sound.

What’s your first music memory as a child ?

With 70th Street Carlos you have shown your talents of producer and your style from « Keep A Glock », « Bag It Up » to « Ding Dong », who definitely put you on the list of great Louisiana producers. « Bang Out » « Cross Me » or « Put that on the gang » got you a wider audience, did you get more contacts after those hits ?

Yeah after producing for Carlos I definitely got a lot more recognition, I guess you could say that. I kind of like was already a in‐house name in Baton Rouge cause I guess I’ve been putting beats up for over 10 years. So a lot of the rappers that be it today they grew up, first started rapping, learning how to rap listening to my beats. So by the time they got 17, 18 years old, they already had it in their mind like shit when I get up there I’m a get on one of Trel beats, so they would all know about Trel. I would definitely say Carlos’ success added to the buzz.

Did you grow up in a musical environment ?

I definitely grew up in a music environment, being from Baton Rouge who’s deeply rooted in marching bands, rap, blues, I listened to a lot of blues growing up. I played drums going up too.

Baton Rouge is right up the street from New Orleans, so we definitely spent a lot of time there going to see Second Line bands and different parades.

Put That On Gang » has plenty Louisiana brass instruments, have you ever played in a band ?

I never played in a band, but I did grow up playing drums though. I pretty much came out the womb playing drums, I used to play on buckets and shit, make my drums out of any fuckin thing I could find. On my 3rd or 4th birthday my grandmother got me a set of drums, it was history ever since.

You’ve been working with young rappers, 70th Street Carlos, WNC Whop Bezzy, Jungle Muzik Larry, Que Almighty ... , are you planning on working on a full album or tape with some of them ?

As far as doing a full album for people like Carlos, WNC Whoop Beezy, Jungle Music Larry, Q Amighty, both the BG sons, Soulja Slim’s son, Mia X’s son, (so many I could name) there’s a lot of people that’s buzzing right now that is more so the fans be asking for it.

Like man I ought to do a whole mixtape with Trel Itzahit, you can see in the comments and stuff like that. But out of all the people I produce for I would say 70th street Carlos he reaches out to them the most.

We got like the most work together, we have discussed doing a mixtape like that, working on something together but we must sit down and come together and really plan it.

We never really put it in motion but everybody wants it, you can see comments on it all the time. The streets asking for it so I think that product would definitely be my up and coming thing, and also with BG’s sons

You just opened your own studio ItzAHitStudios in record, mix master & production, with Biggz, what are your plans ? Create a label ? A team with more producers ?

Me, Biggz and Busy we’ve been rocking with each there since high school days, we’ve been into music doing our own separate thing. But as we got older we started really hanging out with each other, and decided let’s get together and make an empire, let’s make a brand. Not necessarily a label, we’re not trying to push a label, but it’s more so a brand.

So if you’re coming to get beats from us, you getting a good brand of beats, if you’re coming to record, you’re going to get a good quality brand of recording. Not just for people in Baton Rouge but for people in surrounding areas and from out of state can come and really see and taste and feel what that true Baton Rouge culture sounds like. Sometimes you feel like other people don’t do it the right way, sometimes you gotta take it upon yourself and try to make it happen. That how we ended up getting together and coming up with the studio, and it’s been running well ever since we came up with the idea so I’m glad we chose to do that.

A lot of DJs come up with albums or mixtapes, some even rap on their own music, would you be into that ?

Beat mixtape is in the works, I get a lot of requests from people about doing a whole mixtape but as far as me getting to the rap game, I can rap, I mean every producer have rapped at some point in their life. I used to actually rap, you know, was good at it, but I also made beats, and at the time, beats weren’t cheap, so you couldn’t just simply go on YouTube and get them where you wanted, you had to learn to make your own. By me being a natural drummer, it just naturally came together as far as me putting the brass sounds together with the 808, and it just created a new sound, it went together, it was different than what everybody was doing at the time but it was still Louisiana, and it basically got better and better.

Can you name 3 albums from Louisiana that changed your life ?

3 albums they changed my life. My top 3, I will put one stronger than all the others but of course I will say BG ‐ Chopper City and BG ‐ Chopper City In The Ghetto who would be the first two. And the third would be Lil Handy ‐ Rap Hustlin.

The last tracks I heard last. you want me to be honest it’s sounds that only me Biggz, Busy heard and it comes from the studio, we do a lot of work. But 3 sounds that I like Rebith Brass Band, Take ite to the street first, BG with Cash Money is an army and C‐Loc & Lil Boosie ‐ Outlawz. It’s the kind of stuff I listen to.

Do you remember your first beat ?

Shit, I first started making beats, uh.... I guess you know, I come up, I grew up in the 90s. You know, I was born in the 80s, I grew up in the 90s. So, you know, I grew up listening to a lot of that Cash Money, No Limit, heavily Mannie Fresh influence, Beats by the Pound influence, uh...and I guess, you know, I say around the late 90s uh..into the very early 2000s I had this game on PlayStation, I can’t remember if it was PlayStation 1 or PlayStation 2 but it used to be called MTV Music Generator. So that’s when I first started making my beats. And I used to you know, lie and tell people you know, I did it in the studio and shit like that. Cause you know if you tell a person that you making beats on PlayStation, they going to be like “Aw fuck no man, I don’t want no PlayStation Beats !” But yeah, PlayStation MTV Music Generator was my first means of making beats as far as like, you know, giving them out to people. But you know I had a little keyboard, a little music keyboard at home I played with a drum set and stuff. Like I told you earlier, I grew up playing drums and stuff like that so, yeah....

I would say late 90s/early 2000s is when I first went out of the house producing. 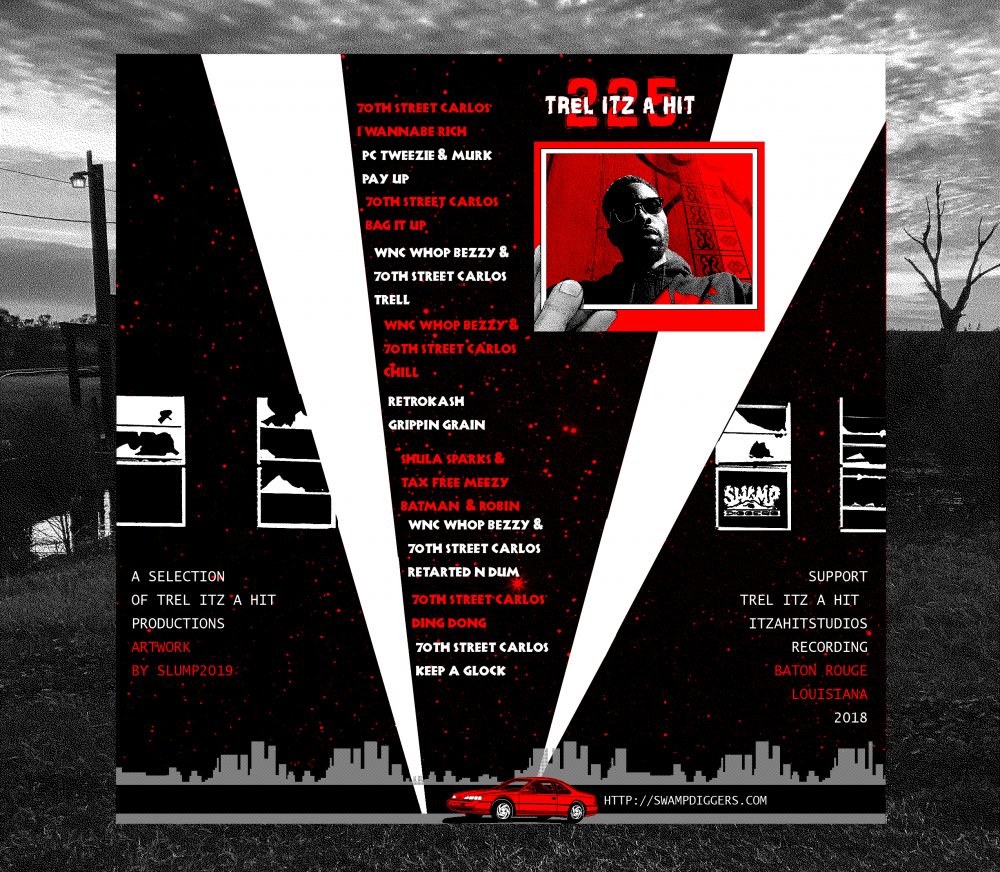 $uicideboy$, a long mix to kill yourself