An interview of Jabber from the Lousy Human Bastards !

How old are you Jabbar ? When did you start rappin ?

I’m 22 feelin like im 30 sumn out this bitch and I really started rappin when I was in 7th/8th grade. My step-daddy was in a lil rap group called Sircle of Sin back in the day and I was like 6 years old goin to this studio in Marrero wit him. I use to freestyle sometimes while they was recordin, but I wasn’t bouta try to be no fuckin rapper at that 6 years old. I ain’t think about rappin until I hopped off the porch and started gettin into all kinda dumb shit. I was so wrapped up in shit that I needed a outlet. A way to blow off steam other than beatin a muthafucka up for no reason. So I started writin to old Wayne beats back 08. After I wrote to bout 100 Wayne songs I took it serious from that point on. I use to do freestyle videos on MySpace back in the day lol and now I’m here.

Oh boi your step-daddy was a Sircle of Sin member ? The only album they did it’s a fucking classic ! Why they did’nt record more albums ?

Cuz real life came along. Kids came. A few of em went to jail and shit and the shit just fell off. They still cool till this day tho. 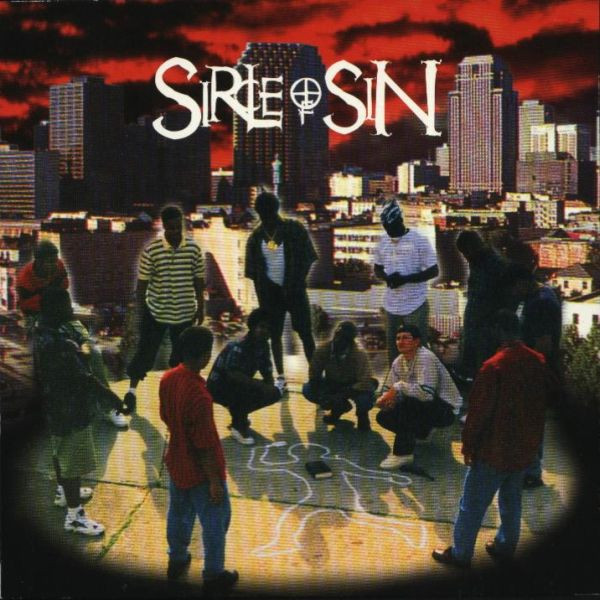 Growing up in New Orleans, what was it like ? Any significant memories ?

Man growin up in New Orleans was fun, hectic, and legendary all at the same time. It was fun cuz the only rule we had in school was make sure you wear yo uniforms. That was pretty much it. So I’m sure you can imagine growin up in a public school system from k-5 and then 8-9 just doin whatever the fuck you want to lol we had cookouts and parties where the whole fam would show up and get drunk and shit. We had block parties damn near every weekend lol it was hectic because I was younger than all my cousins and shit smokin weed and drinkin and hidin it from my aunties and my momma nem lol I swear to god words can’t even explain how much fun I had as a kid. we use to post up at this corner store "super stop" and a park we had that everybody would go to after school. We deadass use ride our mongoose bikes to the other side of the city just to go fuck wit the people that we knew in the projects. It was legendary cuz New Orleans ain’t gone never be how it used to be. It’s just different now. The city different, the people different, a few years after Katrina shit was just different. Even Mardi Gras and allat shit different now. I have a lot of memories man, but the one that’s gone always stick wit me is when my nigga Buck died. That funeral was so big dog. The whole fuckin city was there ! Every project, every school, everythang and everybody was there ! But yeah after the funeral his momma had a block party and we marched. We had a whole second line out there just for him, but yeah right after they dropped his casket we all threw our polo shirts off our backs into the grave in his honor. That’s gone always be the thing I remember most about my childhood.

Tell me about your first EP, ’Halloween Town’. How it came about ?

’Halloween Town’ was one of those tapes that kinda just happened. After Key ! and OG Maco dropped they give me hell mixtape I linked up wit they producer Brandon Thomas. He was a fan of Snub (Snubnose Frankenstein) and he wanted to work. So him, Key !, and few other of they potnas came to my house and we just started workin. Me and Key ! did ving rhimes and Brandon threw me a shit load of beats. I rapped on all of em and the songs I liked got put on the tape. As far as the whole idea of it tho, that came from me actually sittin down and watchin the Disney movie ’Halloween Town’. I was bored and high and that shit just made so much sense to me. A city where it’s goons and ghouls and goblins everywhere and it’s halloween everyday except it ain’t no costumes or candy. Just straight scary shit. From the outside lookin in that might seem horrifying, But to somebody that lives in it its normal. That sounds a hell of a lot like New Orleans if you ask me. 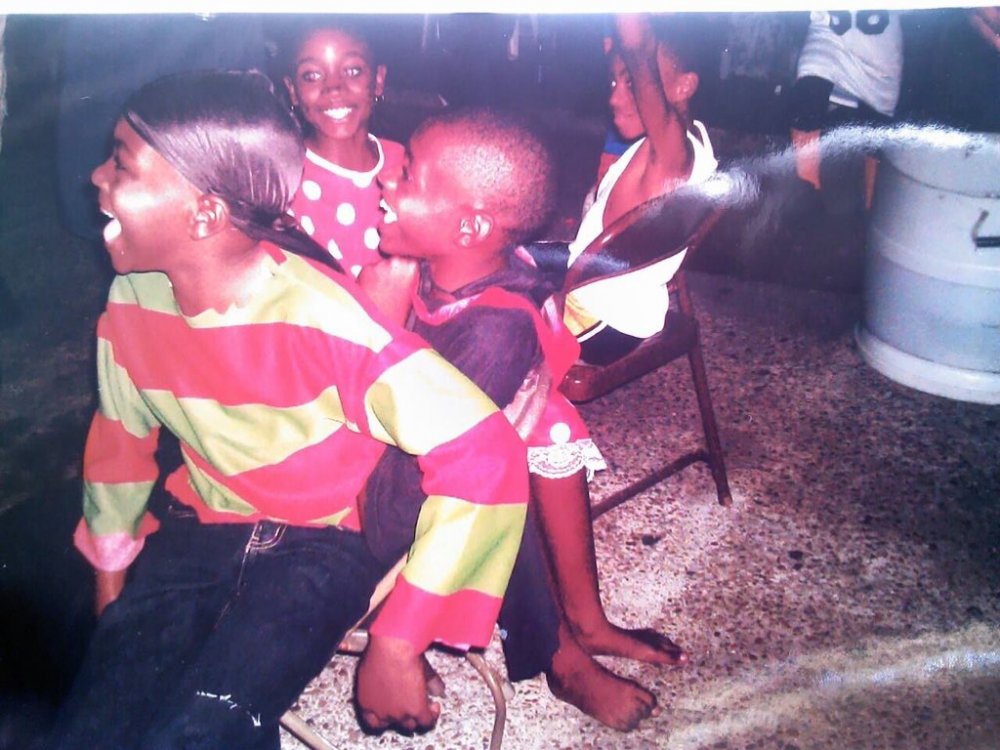 ’Father Forgive Me’ is a hard stuff about your hood livin in New Orleans. Tell me more about New Orleans aka this Halloween town you talkin about ?

In ’Father Forgive Me’ Im really askin God for forgiveness. I was at a real dark place in my life when I made that song. I was on 2 different misdemeanor probations and felony probation on top of allat for some real petty ass shit. I knew I had it comin tho cuz I had already did a lot of fucked up shit and got away wit it. As far as the city tho I mean you can pretty much imagine how it is. Everybody and they momma know New Orleans ain’t nothin to fuck wit. And wit that bein said, what’s understood ain’t gotta be explained.

The reasons you left New Orleans to live in the A (Douglasville), GA ?

Originally I left cuz of Katrina in 2005, but we moved back to New Orleans in 2008 and after my grandma and my homeboy Buck died my momma said fuck that we goin back to the A.

Describe your rappin style. Where they came from your horrorcore influences ?

Man the only way I can describe my rappin style is to say that it’s real shit. it’s real life. I came up listenin to a lot of Pac, Big, Jay-Z, Beanie Sigel, Cash Money, No Limit, Jadakiss, and G-Unit. Mainly cuz thats what my step-dad use to listen to. all the other rappers came in after I started gettin bootleg CD’s on my own expense.

Working with the others 3 "Lousy Human Bastards !" members how’d you link up ?

Man we really linked up back in 2009 when I moved back to Atlanta for the second time. My nigga Z put me on to Snub lil brother cuz he was my age rappin like a young snoop and that led me to snub. they had a lil rap group called "ill valley hi" and they was on some next level rap shit ! the same shit I was on, so i just reached out to Snub and sent him this freestyle I did over a fugee beat and he rocked wit it ! i met Mitch and Seawright a lil later down the line, but ever since then we been clicked up. idk how it happened lol it wasn’t really planned, it all just came together so perfect that niggas ain’t have no choice but to take this shit serious. 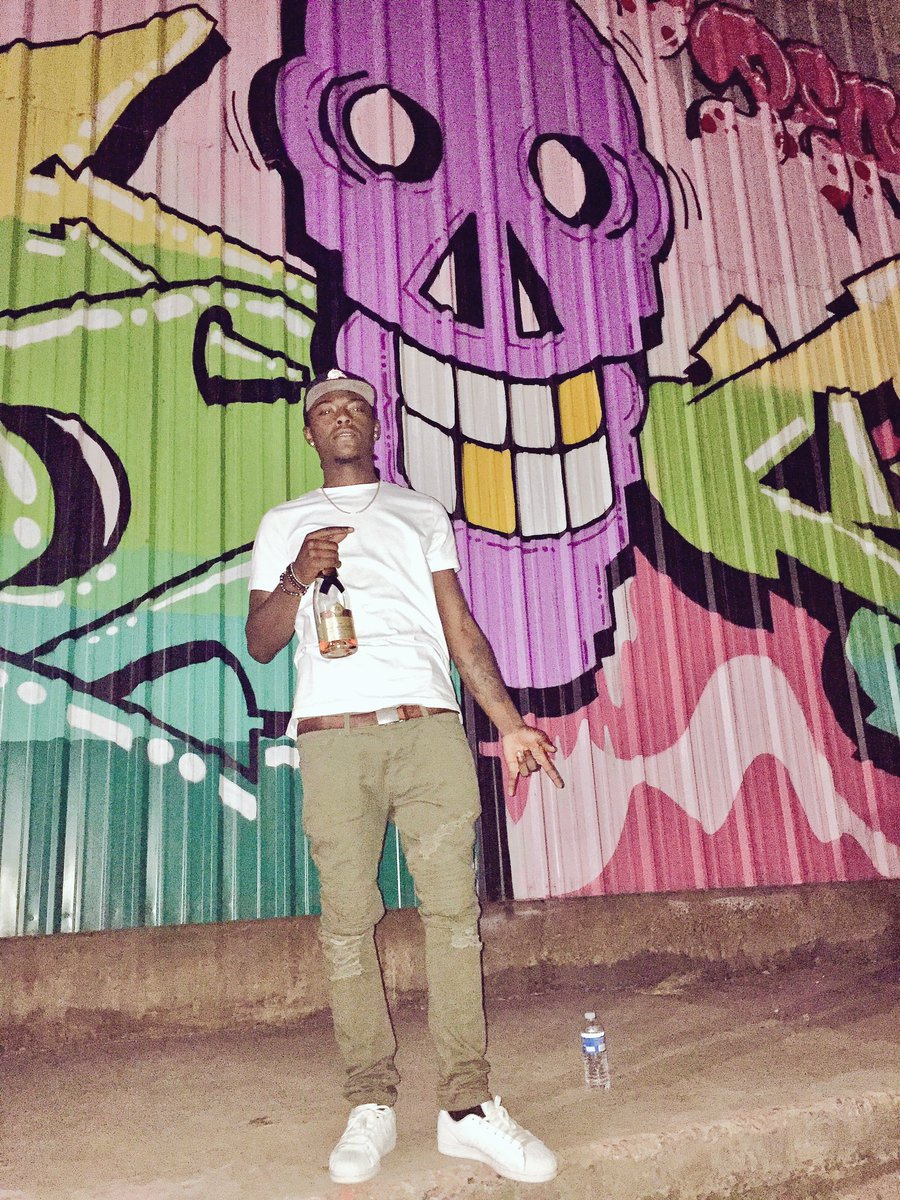 Tell me more about your freestyle Friday series. How did it come about ?

Freestyle Friday was a thing I did back when MySpace was hot cuz when I started takin rap serious, I told myself I was gone be on rap city. rap city ain’t around no more, but that ain’t gone stop shit. I like to stunt on my haters and nah sayers too and freestyle friday is one way for me to channel that aggression. plus these so called rap niggas outchea be wack as fuck and I really ain’t tryna be categorized no where near them. straight up

’Troublesome 96’ is an autobiographic or a nostalgic song ? Maybe the both ?

Actually it is both. every time I hear that song I think about the first time I heard 2Pac on the original version. I was troublesome myself so I really felt and related to what he was sayin, but for me when I rapped over it, it was basically a collage of my life in a freestyle lol that’s what all my freestyles are made of foreal tho. Ion tell no lies in my raps just to sound cool like these other niggas.

The Hardest producer you would like to work with ?

Man right na it gotta be Metro lol that boy be goin the fuck off !

Can never go wrong wit backwoods. Man I ain’t never even had no Texas weed, Louisiana weed is straight up garbage to me and Florida weed was cool, but even that shit wasn’t really hitting on nothin. Atlanta got some good ass weed. I ain’t really traveled to no other states like that to try they weed, but as of now atlanta is lit. Literally.

Ima have to say P, cuz he held it down and put so many people out the city on along the way. then they whole family was lit lol i just rocked wit p more than Birdman growin up.

They both was fire, but Juvie all day ! 50% of the time I barely knew what the fuck Mystikal was sayin.

I ain’t really rock wit ol westbank rap like that so ima have to say bounce music. it ain’t nothin like seein every girl round you go crazy just cuz a bounce song playin.