We asked a few questions at Nof4ce, the future face of the emo trap.

Swampdiggers : Hey Noface, where do you come from ? And who are you ?

Noface : Hey I am noface. I was born in Wisconsin, moved to Buffalo, New York when I was very young, and then to Columbus, Ohio at age 7 where I currently live. Also I am 21 years old

How long have you been doing music ?

I’ve been doing music my whole life, Violin at age 4, Trumpet starting in grade school, but I also taught myself guitar, piano, and saxophone as a kid. I don’t play as many instruments these days but about 7-8 years ago when I was about 12 I started writing songs. The first song I recorded and uploaded was in 2015 I think but it was not the same « emo » style I have today.

Music was always important in my family, since they made me do violin as a four year old haha, but both my mom and dad have always had really good tastes in music, which has definitely helped shaped mine.

What are your inspirations ?

My inspirations are mostly a mix of the various genres of music i grew up on ; (indie, grunge, alternative, trap, emo rock) but my biggest are probably bands like Blink-182 and Green Day which I listened to from an early age and Lil Peep, who i discovered pretty early on in his career and he reminded me of those bands a lot, and I was really into Hip-Hop also, so I was like woah this is awesome. Also heartbreak and me being lonely and sad sometimes were big inspirations.

Honestly in Hip-Hop I’ve always been inspired by Mac Miller. When he released Blue Slide Park I was in middle school and it was crazy everybody loved that album. Even earlier than that I was inspired by Lil Wayne, Drake, Eminem, Nas, and Jeezy in like 5th grade when I would download songs on my little iPod Shuffle. Good times

Is the subject of the song « Fuck Drugs Anthem » important to you ?

Yes, Fuck Drugs Anthem is basically me swearing off drugs and saying fuck all of em except weed. I OD’d last summer and i used to be hooked on Percocets and Xanax. I’ve also lost a lot of people close to me from drugs so it is a very important subject to me.

There isn’t a direct reference to Castles 1 and 2 in the EP, but I did say rip peep, and him and tracy are 2 of my favorite artists of all time. But the castle thing came from me always being fascinated by castles, and other gothic architecture, I really liked art history in college and i used to play games like Runescape from like age 7-16, so lots of castles haha.

Great cover art for Castle Kickback. It’s from the anime The Castle of Cagliostro. I am a huge fan of it, and the work of Miyazaki ! Do you like it ?

YES ! Thank you for recognizing it ! :) I was put onto Miyazaki when I was probably 5-6 by my dad. Ever since then I have been in love with every Miyazaki/Studio Ghibli film there is, especially Kiki’s Delivery Service, Spirited Away, and Princess Mononoke.

Do you have some projects or collabs to come in 2020 ?

Yes, I’m planning on dropping my first full-length mixtape sometime in 2020, but no collabs yet that i’m aware of other than probably some with my friends, which i haven’t gotten to do yet :)

Who did the prods on your tracks ?

Most of my prods are either my friend Sam the wizard who i mentioned earlier, or people who have linked me or sent me their beats to use. Love Me Like Im Dead which is my biggest track was Guala Beatz and he gave me permission for that beat. I want to produce all of my own beats on my mixtape though. 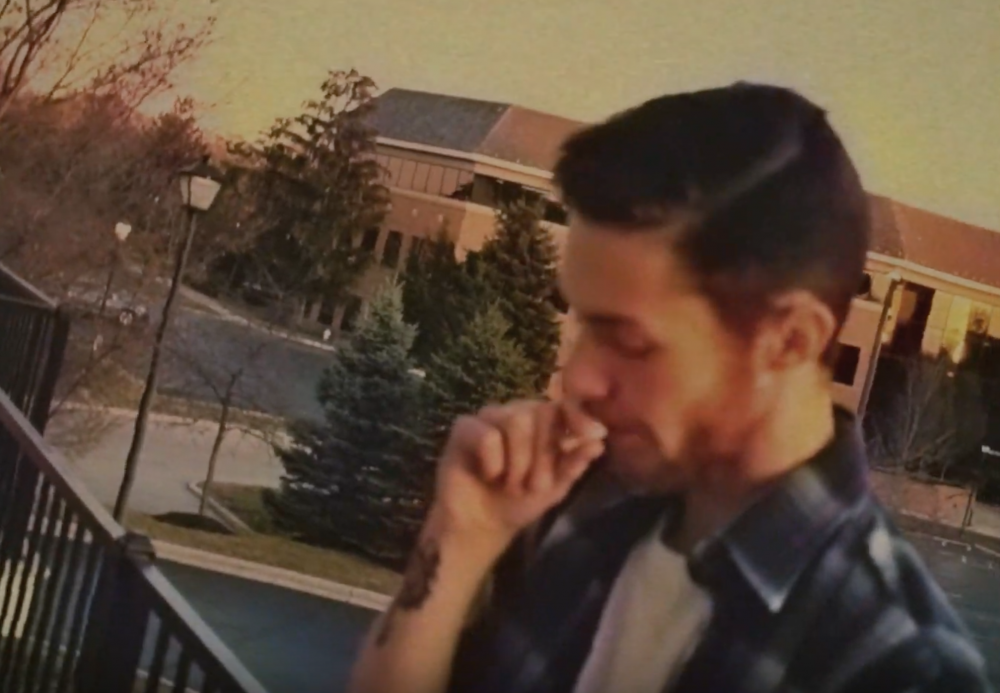 Can we still listen the music you were uploaded before « Noface » ?

Here is some of the music i made, it was me and my main producer (Sam the wizard) just messing around in his basement and I do have older music but its just freestyles I made in high school.

Do you plan to put your songs on Apple Music and Spotify ?

I plan to release music on Apple Music and Spotify this year when I release my first full-length tape. :)

Thank you, keep up the good work :)

From Th@ kid to BONES